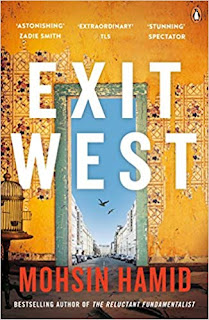 "We are all migrants through time"


Exit West is a story about the migrant experience, specifically that of the large scale displacement played out on TV news as countless families flee from countries such as Syria for a better life in Europe. But Mohsin Hamid does something remarkable in this novel which sets out to tell an intimate version of the story through speculative fiction rather than news reel.

Everything about Exit West challenges perceptions of the migrant narrative in the media. In Hamid's tale the couple at the centre of the story, Nadia and Saeed, meet at an evening class about 'corporate identity and product branding'. Nadia is an accountant and Saeed works for an ad agency. They smoke pot and listen to music as the city around them starts to rumble with violence and rebellion.

Their decision to flee comes from the fear of what's to come and when the opportunity of a 'door' to the west is opened to them they grab it with both hands. Initially they arrive in Mykonos, as a stepping stone to mainland Europe, and ultimately London. Nadia and Saeed pass from country to country as if by magic.

The trauma of the journey itself is retained in the imagination with space on the page devoted to the experience of being displaced amongst an, at time, hostile community. The tension between 'native' and 'migrant' is played out brilliantly.

At times Hamid includes vignettes of other characters across the globe dealing with their own specific dilemmas. These parallel encounters serve to support the assertion that 'we are all migrants through time'. 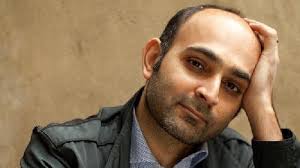 The Ten Loves of Mr Nishino by Hiromi Kawakami 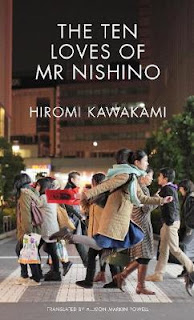 With Strange Weather in Tokyo (2013) and The Nakano Thrift Shop (2016) Hiromi Kawakami has established herself as a highly idiosyncratic writer. Early on in The Ten Loves of My Nishino you realise we are on similar ground.

Kawakami's narrative presents various aspects of the titular Mr Nishino from the perspectives of different women with whom he has had relationships throughout his life. Each chapter is told, in the first person, by a different women. This is a slightly tricky approach though, when combined with the non-linear timeline, adds to Kawakami's quirky style.

Mr Nishino himself is an unremarkable, and typically Kawakami-esque, salary man with an incredible knack for having women fall in love with him. At times he is charming but at others borders on the creepy.

Nevertheless, there are hints at the motivation behind Mr Nishino's inability to fully give himself to any women. Flashbacks reveal the death of his sister when he was a young man but Kawakami devotes more time to the women in his life making this story more about the '10 loves' than Mr Nishino himself.

For a short novel Kawakami packs a punch with this new story that fans of Strange Weather in Tokyo will especially enjoy.  3.5

Shylock is My Name by Howard Jacobson 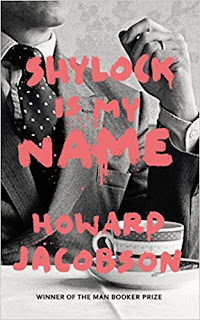 Howard Jacobson was a natural choice to retell the story of The Merchant of Venice as part of Hogarth's Shakespeare Reimagined series.Jacobson's renowned comedic observations are packed into every page and there is literally nobody better qualified to build a new world around one of Shakespeare's most famous creations, Shylock.

Relocating most of the action to Cheshire immediately indicates that this is no simple adaptation. Instead Jacobson creates a character study, a profile of a modern Shylock existing in a middle-class 'golden triangle' of art dealers and football derived wealth.

The problem with this novel is simply one of taste. Jacobson's humour is like marmite and his erudition a little alienating. Could leave you wondering if you really understood the point.

There are better novels in Hogarth's series 2

Shylock is My Name (The Merchant of Venice Retold) by Howard Jacobson, published by Vintage 288 pages In Ocean Vuong's collection of poems Night Sky with Exit Wounds (2018) we experienced a new voice unafraid of the truth in his own story. In his first novel On Earth we are Briefly Gorgeous (2019) we are served a work equal in bravery and in control of the power of prose to strike the most profound emotion in the reader.

The first person narrative helps embed authenticity to the voice of Little Dog, a Vietnamese immigrant to the US writing a letter to his mother, a letter she would be unable to read being illiterate.

Little Dog speaks of his experience growing up in rural and suburban America as an outsider. Though he recalls the lessons from this mother and dying grandmother, Lan, there is little they can do to prepare Little Dog for what lays ahead.

The moment Little Dog meets Trevor, the son of a tobacco factory manager, Vuong creates a tension that plays out through most of the book. If Little Dog represents the immigrant experience Trevor, with his prescription drug addiction, violent father and ambiguous sexuality represents a toxic form of American masculinity.

Ocean Vuong the poet remains on hand with short prose sections that intersperse the main narrative with reflections on everything from Tiger Woods to ££ such is Vuong's mind busting with fresh ideas. This is groundbreaking and genre defying stuff which blends memoir with poetry to create a unique work.

The Wall by John Lanchester 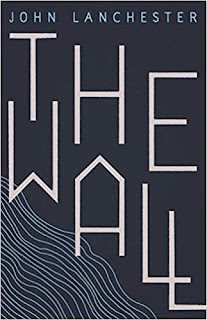 The near future dystopia John Lanchester creates in The Wall is startlingly believable. A vast coastal wall surrounds the UK to defend against attack following the breakdown of society as we know it from a collossal event referred to only as 'The Change'. With themes of mass migration, climate change and Trumpism Lanchester's premise is the stuff of real and tangible anxiety.

The story itself concerns Kavanagh one of the latest 'Defenders', conscripts who guard the wall from attack by 'The Others'. In the first part of the book we experience the quotidian routine of shift work on the Wall. Life is exceptionally hard; "Back at the Wall, everything was the same ....... Concretewaterwindsky". Though the routine is slow the pace of the narrative is far from plodding.

The only hope for Kavanagh comes in the form of day dreaming, about the Elite who are exempt from guard duties, about the comradeship with his local garrison and the opportunity to 'breed' with fellow conscripts. Like Orwell's Nineteen Eighty-Four (1949) there is a love story at the heart of the novel.

The problem with The Wall is that the narrative runs out of steam leaving the reader wanting more.  Whilst the story is utterly compelling the plot is left longing for answers and further explanations. What was the nature of 'the Change', how freely can people travel within the UK, what are 'the Others' fleeing from?

The result is haunting but perhaps, there is a much richer story somewhere in Lanchester's head that is yet to be written. Could this be the start of a series of books, please? 4

The Wall by John Lanchester, published by Faber and Faber 288 pages

Burning, a film by Lee Chang-Dong 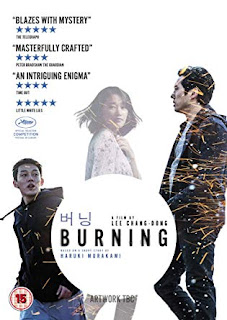 Lee Chang-dong's film Burning is adapted from the short story Barn Burning by Haruki Murakami which features in his collection The Elephant Vanishes (2003). Murakami stories are notoriously difficult to adapt to the screen, it takes real skill to draft a screenplay out of the source material, but in this case Lee Chang-dong delivers.

The film adapts not only the source material (the pantomime student, the Miles Davies soundtrack and the admission of arson) but layers additional tropes from the Murakami canon to great effect. The Jay Gatsby references are reminiscent of Killing Commendatore (2018) and the errant cat could be straight out of The Wind-Up Bird Chronicle (1997). The girl who goes to ground and the motif of the well are also familiar themes in the Murakami canon.

Lee Chang-dong's decision to relocate the action to Seoul and to switch the main character to a farm boy living near the 38th Parallel makes the film stand on its own as a highly successful adaptation. The tension created between the rustic farm and the affluent Gangnam apartment is brilliantly played out in the final shocking scenes that demonstrate the toxicity of male envy.

Burning is an enigmatic and sensuous menage a trois that builds on the source material to create a film that perfectly captures the paradox at the heart of masculinity in 2019. 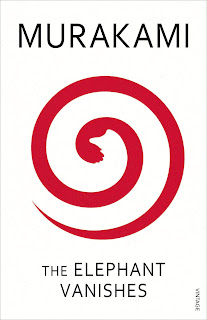