What happened when Tolkien went to the Hay Festival?

Where read: (In part) On the way to Dover Castle

Fans of Kazuo Ishiguro, and let's face it who isn't, have waited a considerably long time for a new novel. Admittedly we've had a number of short stories and the film adaptation of Never Let Me Go but its been 10 years wait for a new novel. Wait no more.

The Buried Giant is something of a departure for Ishiguro, delving as it apparently does into the genre of fantasy fiction (or mythical realism if you take the Studio Ghibli line). That said, dig a little deeper and you'll find the unique storytelling that Kazuo Ishiguro is so celebrated for.

The novel is set in the early mediaeval (perhaps Arthurian?) period in British history, after the Romans have retreated. Landscapes of wild and rocky vistas are home to small tribes and communities living underground in rabbit warren villages. This is a land of superstition and a time when the mythology of giants, ogres, pixies and, yes, dragons are rife but this is less A Game of Thrones, and more Tolkien at the Hay Festival.

Like The Hobitt, The Buried Giant is an episodic fable based around the journey elderly couple Axl and Beatrice must make to find their estranged son. "There's a journey we must go on , and no more delay". Although the couple meet an array of characters on their journey its the collective loss of memory, understood to be dragon's breath, that is most memorable part of the story. What horrors have led to such mass social dementia?

Whilst the book's fantasy elements are beautiful written there is something missing when it comes to the human characters of Axl and Beatrice themselves. Its incredibly difficult to empathise with either character which ultimately makes this read enjoyable but unfulfilling.

Can Ishiguro produce a novel that delivers as a fantasy genre piece AND a work of literary fiction? Yes of course, but is this his best work? Im afraid not.

Find a link to the book's trailer here http://theburiedgiant.co.uk 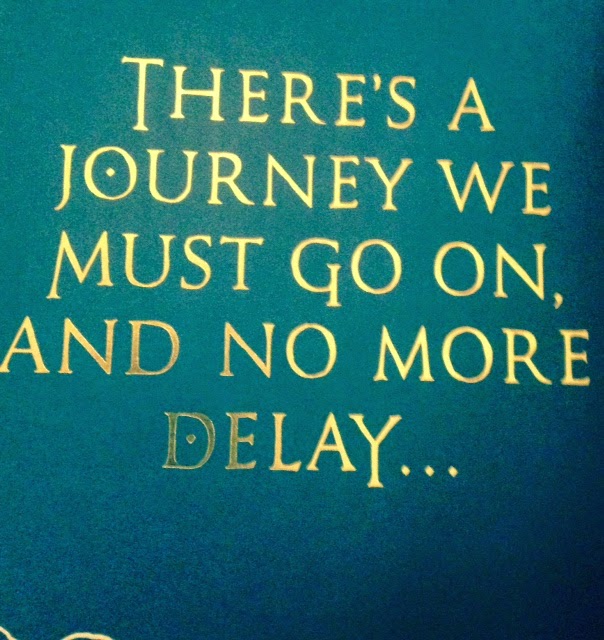 THE perfect brew between literary fiction and fantasy

The Bone Clocks is a remarkable and ambitious journey through time and place via numerous first person narrators. The intricate plot is bursting with original ideas and themes that bend realism and fantasy over its 608 pages. For me, this is David Mitchell's best work yet - and after Cloud Atlas that's a stunning achievement!

The journey begins in the familiar surroundings of suburban Kent in the 1980s with an inauspicious family, a head strong teenage girl, Holly Sykes, and her younger brother Jacko. What follows is a story in six parts each based around Holly at different stages of her life from teenage runaway to adult and parent.

It must be said, the novel is a complex and challenging character driven piece that moves backwards and forwards through generations. Its genius lies in the way the lives of each of the disparate characters are connected in some way to Holly but a certain amount of perseverance is required.

The environments that Mitchell creates are imaginative and broad - from Cambridge in the 90s to Iraq in 2004 before moving to the future and ending in Ireland in 2043 with the European economy in free-fall.

Throughout the first two thirds of the novel a fantasy sic-fi plot bubbles away but this isn't fully explored until the later parts of the book when we come face with the Horologists - a band of immortals with an almost vampiric view on succession planning. The way this section is linked to the realism of the other sections is a remarkable feat and pure Mitchell.

Many will read the novel purely as its David Mitchell, others as it was Man Booker shortlisted but for me this novel is the perfect brew between literary fiction and fantasy, a place which The Word's Shortlist has often celebrated in Murakami novels such as The Wind up Bird Chronicle.

Still need convincing? Check out David Mitchell's own playlist 'Music for a lost Horologist' to accompany the book. Where else would you find Shostakovich and Maria Callas next to The KLF, Yoko Ono and Talking Heads? 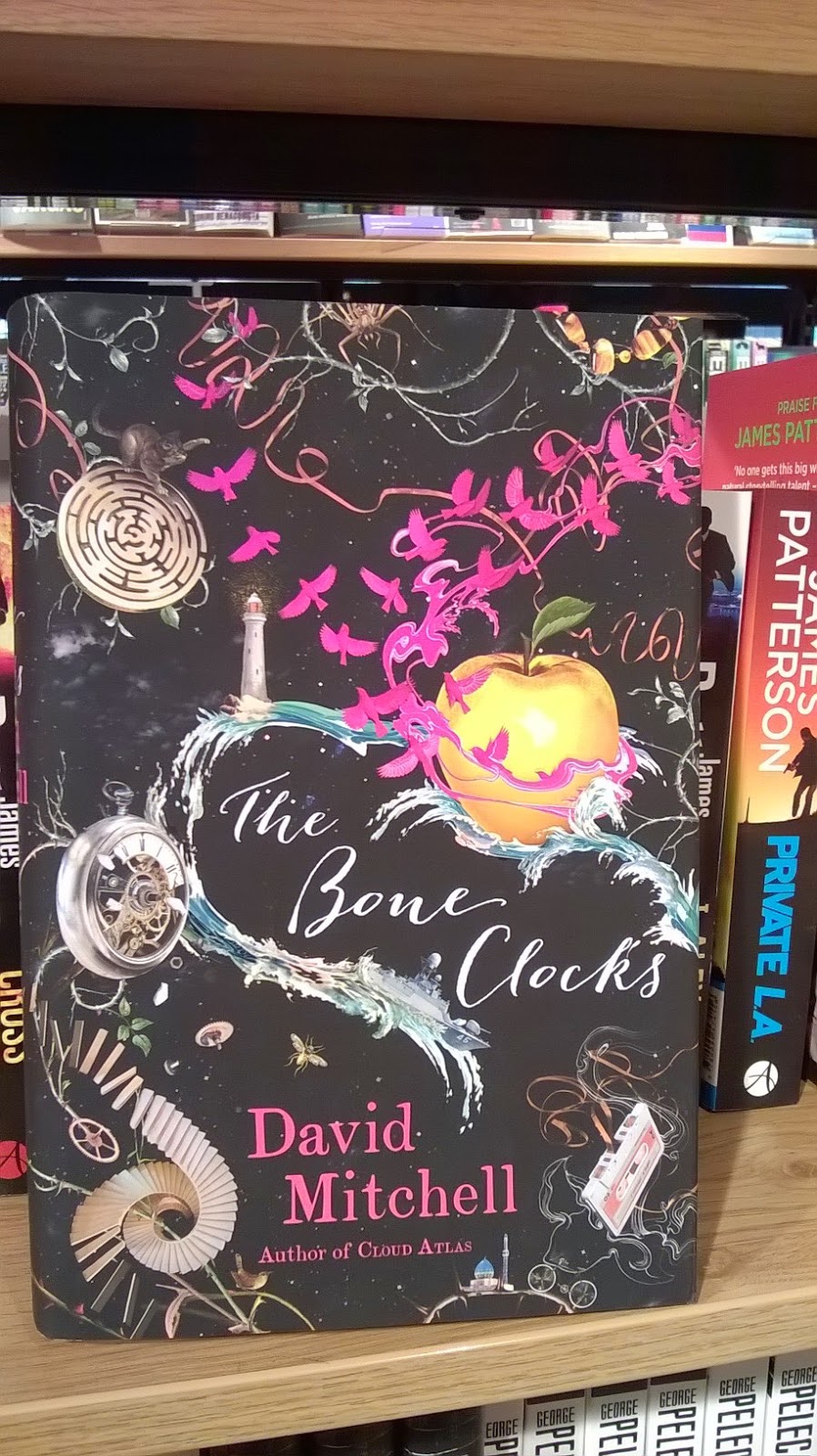 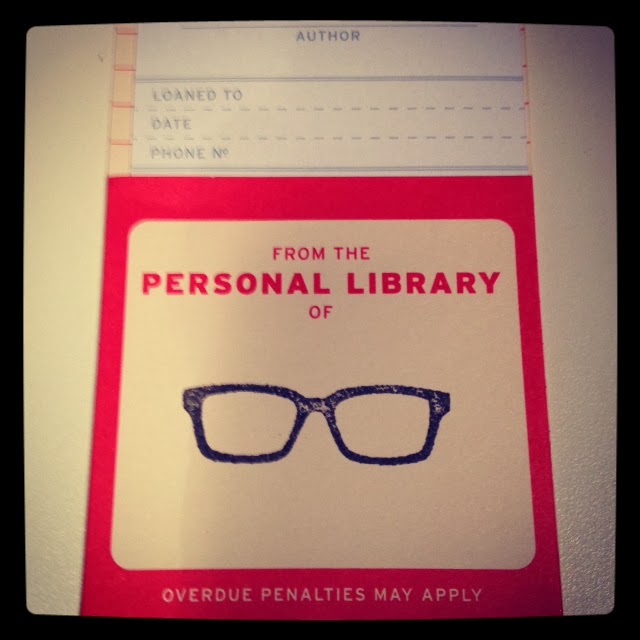 No curtain call for me, I almost left during the interval

Where read: (In part) Covent Garden

Curtain Call is a novel that defies genre. Its ingredients include murder mystery, romantic comedy and historical fiction but the trouble is that I’m not sure Quinn got the recipe right.
The most compelling parts of the novel feature the theatre land murders and the hunt for the ‘tie-pin killer’. This fear is brilliantly played out in the dark and foggy streets of Soho where ingénues slip between the lamp lit streets in the grimy reality of the 'glittering' West End. The problem is that this crime thriller plot fades far too deeply into the background.


Some characters are convincingly well drawn; Nina Land the star of the West End and witness to a violent murder and Jimmy Erskine the ageing theatre critic and raconteur are interesting and believable but others in the camp ensemble are more hackneyed.  The depiction of the crowd at the drag ball for example, whilst probably historically accurate, read like comic relief rather than a depiction of the louche theatre land culture that I’m sure Quinn intended to portray.
The most compelling parts of the novel feature the theatre land murders and the hunt for the ‘tie-pin killer’. This fear is brilliantly played out in the dark and foggy streets of Soho where ingénues slip between the lamp lit streets in the grimy reality of the 'glittering' West End. The problem is that this crime thriller plot fades far too deeply into the background.


Witticisms aside, the novel lacks the humour that the cover reviews rave about but worse still the story lacks tension. Had the ‘tie-pin killer’ story have been given the space to breath this wouldn’t have been an issue but in switching between genre and plot points the actual story falls between the Soho pavement cracks. At times the curtain needed to come down on one story and come up again on another. No curtain call from me, I almost left at the interval.


I picked this book up after reading some rave reviews in the media, notably Peter Stanford’s 5 star review in the Daily Telegraph and Viv Groskop in The Observer. Both reviews praised Quinn’s novel, “It had me on the edge of my seat” claims Stanford whilst Groskop revealed “I can’t recommend this book highly enough”. Powerful praise indeed. The reality is that in Curtain Call there is a brilliant story that gets lost in a book that doesn’t know what it is. 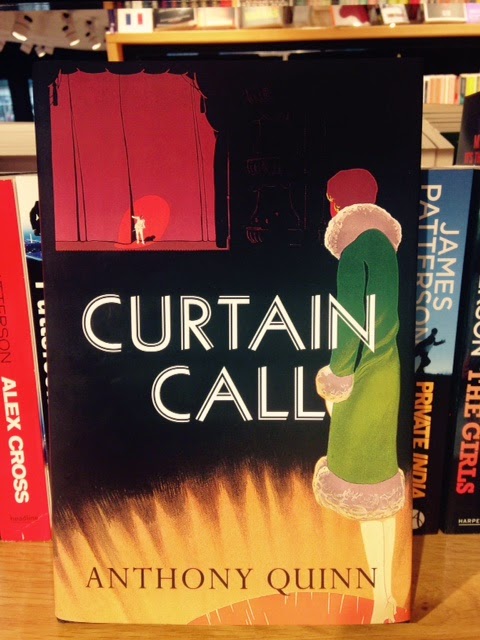