Room to Dream by David Lynch and Kristine McKenna 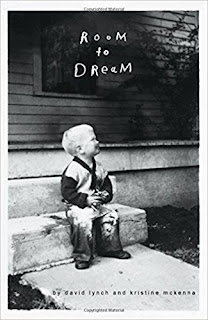 An epic blend of biography and memoir

Room to Dream is a doorstop sized tome dedicated to the career of film maker, visual artist and auteur David Lynch. As you'd expect from the 'outsider's outsider' Room to Dream is about as far from conventional biography as can be. In Lynch's take on his own life he has writer Kristine McKenna forensically piece together the narrative based on interviews with over ninety of Lynch's family and colleagues. In between each of McKenna's chapters Lynch responds with his own take on the story at times in conflict and at other times grateful for McKenna's detail which Lynch himself fails to recall.

The result is an epic blend of biography and memoir which avoids the pitfalls of an unreliable narrator by allowing a 360 degree view of the story.

David Lynch's career is a dazzling portfolio from the spotlight of Hollywood and the scrutiny of Cannes through to his discovery of transcendental meditation and patronage of Polish art festivals. Yet its his early years in mid-west mid-century America that offers more than a glimpse into some of the tropes that recur throughout his career from Blue Velvet through to Twin Peaks and Mulholland Drive.

The book explores the team of long-term collaborators who form a close-knit community around Lynch from actors Laura Dern and Kyle McCloughlin to composer Angelo Badalamenti. Though Lynch is at times distant and unfaithful his collaborators consistently speak of a tenderness, a loyalty and an understanding that is unique.

Room to Dream is a triumph in that it pulls together a body of work from a true auteur whose work is, often times, not properly understood until years after it was originally created. Regrettably, few film makers could survive today from such a string of commercially unsuccessful films yet Lynch managed to navigate a career on the very edges of the mainstream.

Room to Dream offers front row seats on a journey into the life of one of the most creative minds of our lifetime. 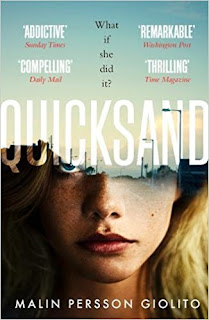 What exactly did Maja do or not do?

Persson Giolito's premise is both contemporary and prescient. Following a school shooting massacre the narrative follows teenager girl Maja who is tried in court for her involvement along with her now dead boyfriend Sebastian. If Nordic Noir traditionally lives on the rain drenched streets of Stockholm, Quicksand is more prep schools and ponies but that's not to say that Person Giolito goes soft on suspense. Maja makes an intriguing anti-hero but what exactly did she do or not do?

The opening scenes are amongst the best in the book. The action begins with the massacre itself and a bloody school room with 5 dead bodies and one girl, Maja, still alive. Persson Giolito reveals only enough to lead into the story and holds back on the reveals until later. In contrast to most crime fiction Quicksand is Maja's story rather than that of the detective or lawyer.

With Swedish crime fiction being so perennially loved by readers across the globe Persson Giolito's approach marks a step change from the much loved format of Nordic Noir. The narrative unfolds in episodic mode with chapters that flip backwards and forwards in time. The cover artwork on the paperback looks as if the book has already been adapted for the small screen.

Persson Giolito's career as a lawyer ensures that the narrative is authentic and believable but at times becomes a little procedural. More time could have been spent in the build up to the court scenes, the parties with rich kid Sebastian for example, rather than with the prosecution itself. The problem with Quicksand is that the main character Maja is one dimensional and for the most part difficult to empathise with. The court room scenes present her as little more than a spoilt teen yet the story itself potentially has so much more to offer.

Crime fans will, no doubt, disagree. 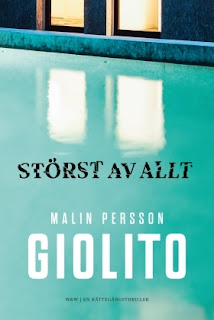 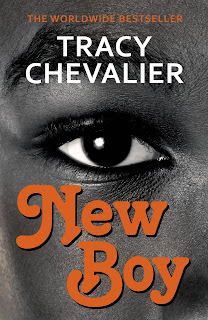 Tracy Chevalier's latest novel New Boy is an ambitious retelling of Shakespeare's Othello with the narrative transported to a 1970's school playground. The source material Othello: The Tragedy of Othello the Moor of Venice (1603) is one of the Bard's most frequently adapted plays; from the Orson Welles film-noir, to Rossini's opera all the way, perhaps, to Disney's Aladdin. So what can Chevalier bring to the table in this particular adaptation?

Some of the themes in the original text (sexual tension and political posturing for example) are inevitably absent from this scholastic retelling. Instead Chevalier focuses on the universal themes of race and jealously both of which have specific potency today. Othello in New Boy is cast as 10 year old Ghanaian school boy Osei, or 'O', who moves to an all white school in 1970s Washington after his diplomat father is posted to the USA. Chevalier's Desdemona is Dee and Iago is recast as Ian.

Although the names are similar characters in New Boy take on their own life as the story deals with being the outsider in society and about the way jealousy motivates the most extreme behaviours. In this way the playground setting is ideal as an arena in which the most base human emotions can be played out in a believable way.

In clever recognition of the genesis play, the narrative in the book is compressed into a single school day with 'acts' named 'morning recess' and 'after-school'. Less successfully, Desdemona'a pivotal handkerchief from the play is translated into Dee's strawberry covered pencil case in New Boy.

Whilst New Boy lacks some of the creativity of Margaret Atwood's retelling of The Tempest in Hag-seed it is, nevertheless, a compelling read especially for the young adult audience.

New Boy: Othello Retold by Tracy Chevalier published by Vintage, 192 pages
at July 15, 2018 No comments: Links to this post

The End We Start From by Megan Hunter 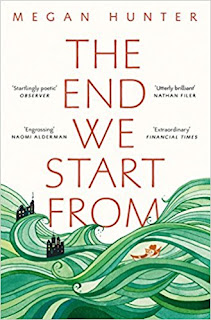 A story about survival and protecting the young

Megan Hunter's debut novel The End We Start From is a curious read somewhere between a novella and a prose poem. Though the themes are huge the narrative itself is brief in extremis - Hunter distills the text down to the bare minimum of words; even abstracting the characters names to single letters, but has she cut the story to thin?

The End We Start From follows one mother's first experience with childbirth against the backdrop of an apocalyptic flood which leads to mass evacuation from London to the North. This is a story of survival and of protecting the young which resonates with the refugee crisis that we see playing out in the news most days. The premise is interesting, the characters are well defined and some of the imagery conjured beautiful.

But Hunter's writing style is almost like reading notes or a draft of a 'real' novel. The text appears in short staccato paragraphs that could be argued is prose poetry. The use of random creationist quotes scattered throughout the text also needs more development.

The ultimate compromise in Megan Hunter's extreme brevity is that we miss out on understanding the world that she has created. Some back story expansion would have made this a far more engaging novel that could easily have been three times as long. The End We Start From is certainly extraordinary but the idea deserves more time to grow.


The End We Start From by Megan Hunter published by Picador, 144 pages
at July 07, 2018 No comments: Links to this post