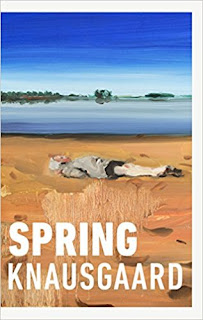 Life affirming stuff from the master of autobiographical fiction

Spring is the third in Knausgaard's Seasons Quartet penned for his unborn daughter. The first two books, Autumn and Winter, were a unique and personal encyclopaedia of miscellany; random musings around things that a father needs his daughter to know. In Spring however, we find a different Knausgaard explaining the family circumstances into which his new daughter will be born.

The book tales place over the course of a single day which, as it happens, is Walpurgis Night when Swedes celebrate the arrival of Spring with singing and bonfires. With baby very nearly due emotions are running high and the reality of child number four leads to inevitable reflection. Knausgaard is renowned for revolutionising autobiographical fiction with his series My Struggle and with Spring he is back on form.

The book's key scenes take place in classic Knausgaard style. The family are staying at Ingmar Bergman's guest house on the island of Fogo when he wife's illness takes a significant change for the worse. Linda has been diagnosed with bi-polar and at times struggles to even get out of bed leaving Karl Ove to keep the wheels of family life turning alone.

Knausgaard's idiosyncratic talent in articulating the mundane is evident throughout. On a literary festival visit to Sydney he is kept awake by jet lag and viewing the city through the dark and rain he is reminded of Bergen. In another scene Knausgaard is driving through the countryside when he is struck by a profound anxiety about his own ability as a father "It will turn out fine in the end, don't you think" he reassures himself. Life can be hard, we're told, but its always worth living.

Spring ends with a hopeful epilogue which sees Knuasgaard in a new place and with a new routine. There is always hope.

Both Autumn and Winter were intimate and frank but in Spring we find Knausgaard at his most soul baring in a work about the things that matter most to the man. Life affirming stuff from the master of autobiographical fiction.

The 7th Function of Language by Laurent Binet 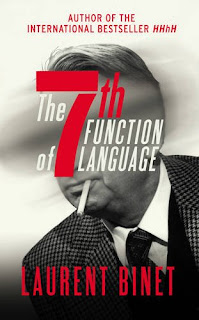 I admit I hadn't given Roland Barthes, 'the father of semiotics', much of a second thought since University yet there I was in Hatchard's St Pancras bookstore seeing his knowing portrait on the front of Lauren Binet's new novel The 7th Function of Language. I was transported back to reading his seminal book Mythologies (1957) in an attempt to keep my Masters thesis on track.

The novel is based on a real historical event in 1980 in which Barthes was knocked over by a laundry truck on the Rue des Ecoles in Paris after having lunch with Francois Mitterrand (then socialist candidate for the French presidency). Whilst the event itself did take place the novel imagines a fictional world around the incident in an international conspiracy romp somewhere between Dan Brown and Ian Fleming.

Investigating the case are Detective Jaques Bayard and young semiotician Simon Herzog who join forces to investigate their murder theory whilst uncovering the secrets around Barthes claim that there exists a 7th function of language; that of powerful and all controlling persuasion. The adventure takes the pair from gay saunas to literary salons as they encounter the grand-fathers of postmodernism, Michael Foucoult, Jean-Paul Satre and Umberto Eco hopping around the globe from Paris to Bologna, Venice and Ithaca. With the KGB and Bulgarian secret service also in hot pursuit the pair run into trouble at every corner. Its exhausting, occasionally hilarious but on the whole all a bit too confusing.

Binet's blend of crime and academia leaves the reader at risk of being a little short changed. Those looking for a high octane thriller will want more from the Logos Club story line and might find the narrative plodding in places whilst those craving a dose of semiotic theory will find that the novel only scratches the surface.

Where Binet does succeed however,  is in building a work of fiction around a real life event. With social media driving fear and distrust around 'news' (and 'fake news') Barthes theories around the use of language and symbols to change behaviour and minds is startlingly relevant. The result is a curious novel about 1980s academia that's firmly in the zeitgeist.

The 7th Function of Language is a sophisticated, post-modern and occasionally fun novel from a Prix Goncourt winning author whose attention to period detail (including lobsters on leashes) is worthy of Barthes himself.

Translation duties fall to Sam Taylor who is on somewhat of a roll this year having also translated Lullaby by Leila Slimani.
The 7th Function of Language by Laurent Binet and translated by Sam Taylor published by Harvill Secker, 400 pages.

The Only Story by Julian Barnes 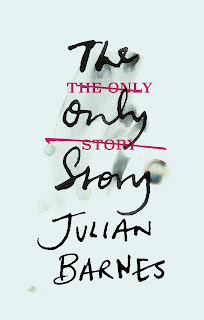 "Most of us have only one story to tell"

Julian Barnes's new novel The Only Story returns to familiar literary territory, following last year's The Noise of Time is which Barnes explored the life of composer Dmitri Shostakovich in a fictional biography. The protagonist in The Only Story is Paul a characteristically Barnesian soul who, as an older man, reflects on a largely unfulfilled life. For The Only Story, Barnes choses a quote from Samuel Johnson's A Dictionary of the English Language (1755) as the epigraph "Novel: A small tale, generally of love".

The novel is made up of three parts. The first, told in the first person, takes place in the 1960s and sees 19 year old Paul meet and fall in love with a much older woman, Susan, who he meets at the village tennis club. Scandal rocks this Metroland commuter-belt village where an uncomplicated social system exists; "For each ailment there was a simple remedy". In spite of this the relationship develops and Susan leaves her husband, Gordon, and moves up to London to live with Paul in a flat.

In the second part, years pass and the age difference between the two becomes more pronounced as Paul is mistaken for Susan's lodger or nephew on a number of occasions. Over time Susan succumbs to steady and profound alcoholism which Barnes describes vividly but never bitterly thanks in part to Susan's gin-soaked friend Joan who honesty articulates the loneliness of being the older 'other' women. When Joan becomes widowed by her yapping dogs your heart breaks. Paul stands by Susan stoically; "We don't talk about our love; we merely know that it is there, unarguably, that it is what it is".

The third section is perhaps the most successful. Told in the third person Paul reflects on his own personal story and on the nature of love itself; "Perhaps love could never be captured in a definition; it could only ever be captured in a story". Just when you're beginning to wonder whether we need another novel about a older white male looking back on his life you remember that this is Julian Barnes who writes irresistibly prose with emotional accuracy that's rare to find in modern literature.

The Only Story is actually a story about four people; Paul, Susan, Joan and Gordon who have all failed in love in one way or another but isn't that the point? As Paul notes, then crosses out and re-writes, "It is better to have loved and lost than never to have loved at all".

Dr Johnson's description remains intact, The Only Story is very much a small tale, generally of love.


The Only Story by Julian Barnes published by Jonathan Cape, 224 pages.

We Were the Salt of the Sea by Roxanne Bouchard 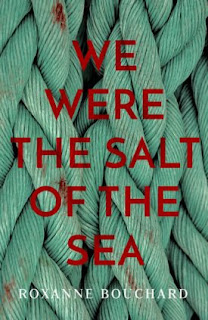 An alluring ode to the ocean

Less than ten pages in to Roxanne Bouchard’s novel We Were the Salt of the Sea I'm consulting Google Maps to locate the Gaspe Peninsular, the setting of this new crime thriller. Turns out Gaspe is an outlying region of Eastern Quebec at the mouth of the mighty St Lawrence river on which sits both Montreal and Quebec City and what an enigmatic setting it turns out to be curtesy of Bouchard's lyrical pen.

We Were the Salt of the Sea is Bouchard’s fifth novel though the first to be translated from French into English. Translation duties fall to the capable hands of Canadian resident francophile David Warriner.

The novel concerns Montrealer Catherine Day who arrives in Gaspe in search of the truth. Catherine is on a personal voyage of discovery to understand more about her birth mother by immersing herself in the town and the community her mother called home.

Early action comes in the form of a woman's body dredged up in a fisherman’s net. The body is that of Marie Garant, a nomadic and elusive sailor known to all in the town as a mysterious beauty. So begins the crime aspect of the story. Detective Sergeant Joaquin Morales arrives on the scene with a bizarre back story about moving to Montreal from Mexico city which could have been more fully developed. In any case the investigation itself proves to be more of a side story to Catherine’s self discovery which is more interesting.

Catherine meets the town’s inhabitants in cafes and along the wharf and almost one by one they reveal increasingly tantalising knowledge which Catherine soaks up like a briny sponge. She is at once in awe of the sea and afraid of the secrets it conceals as the truth ebbs and flows like the tide. The novel is clearly well researched, Bouchard herself lives in Quebec and learned to sail on the St Lawrence, but at times begs the question; when does authenticity just get in the way of the story? Bouchard’s attempt to capture the quebecois dialect is at times distracting, at least when translated into English, and wouldn’t have been missed if toned down a little.