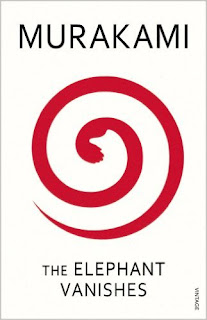 Discovered: Working my way through the Murakami back catalogue

Where read: (in part) In sunny Bankside, London

17 short and snappy stories from master storyteller Haruki Murakami written during the Eighties and Nineties. Previously published individually in Japanese magazines, The Elephant Vanishes was the first time that the stories were presented together as one collection.

I'm an blatant fan (you'll know) of all Murakami's writing and willingly allow myself be sucked in to any of his fiction whether short story collections like The Elephant Vanishes or longer epic's like IQ84. But can you blame me?

Tell me another writer who has successfully and compellingly created a body of work that is so defining of a whole nation's culture and dreams? Okay, that's dramatic buy quite possibly true. Murakami's fiction is an idiosyncratic lens through which to understand all things Japanese.

This books is packed full of unforgettable short stories. Read The Second Bakery Attack to understand youth and growing up in Japan. Read The TV People to understand a culture at the peak of consumerism. Read The Wind-up Bird and Tuesday's Women to see the genesis of what would go on to become one of Murakami's most celebrated novels (The Wind up Bird Chronicle).

Warning time. Murakami crams a lot into these 17 stories. Just immerse yourself and enjoy.

Fans, and would be fans, of Murakami's unique style and narrative. This is the ideal introduction to, in my view, one of the greatest living writers.

The Big Sleep by Raymond Chandler 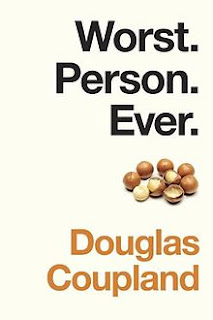 #am reading Worst. Person. Ever.

Discovered: Browsing in my local library

Meet Raymond Gunt; regular guy, middle aged West Londoner and the worst person ever. Offensive, distasteful, irritating and egotistical, Gunt wins Gold in all areas. This picaresque and off-beat tale follows Gunt as he is dispatched by his ex-wife to work on a reality show on a tiny island in the Pacific.

I picked this book up purely based on the reputation of it’s author. Over the years I’ve enjoyed many a Coupland novel - specifically Generation X and Hey Nostradamus! Coupland’s novels are always an acerbic take on contemporary culture packed with wit and intelligent observation, have you read Girlfriend in a Coma?. Indeed he payed a visit to the Cheltenham Literary Festival to talk about Worst. Person. Ever. So, I’m feeling pretty confident as I turn to page one.

How wrong could I have been. This is not Coupland’s finest hour. The trouble with Worst. Person. Ever is three-fold.

1 Characters: Raymond Gunt aside (as he is indeed the worst person ever) the problem is that most of the other characters are cut from the same cloth. We have nobody to hang our hopes on in this bizarre and pointless caper.

2 Story: A survival based reality TV show, a swirling vortex of Pacific waste and he beginning of a Nuclear war are far fetched, unfeasible and silly.

3 Plot: Much of the story takes place in the Pacific but the build up to Raymond actually accepting the job and taking the trip is protracted and boring.

We expect more from a Coupland novel. Yes there’s contemporary cultural observation from Reality TV to social media (especially in the case of Neal whose status update shifts from homeless in London  to suited and booted in Hawaii) but the novel is sadly lacking in nearly all ways.

Coupland super fans? Not sure who this was written for. Gunt sums it all up well himself “Instead of feeling sexy and tingly, it felt useless, like recycling plastics or registering to vote.”

The Big Sleep by Raymond Chandler 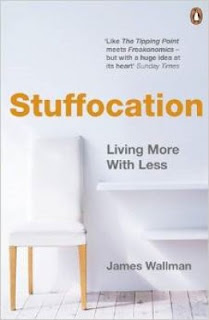 Discovered: Reviewed in the Daily Telegraph

Where read: (in part) In the sun by the Thames at Marlow

James Wallman is a writer, journalist and trend forecaster who sets out, in this book, to present some brilliantly accessible research into mass and post-consumerism. When did we start replacing things before they were worn out and borrowing money to do so?

As much as a week in the South of France was the perfect opportunity to binge on fiction I found myself craving some new ideas on my return to work. Afterall, there’s nothing like some life-changing research to clear the post holiday blues! Could Stuffocation be the answer?

‘Stuffocation’, Wallman suggests, is the tipping point at which accumulating more possessions results in anxiety. The book challenges purchase decisions we’ve all made to have the 'latest' or to to keep up with peers (like those pesky Joneses) but then compares that with the ascetic existence of true and committed minimalists.

Wallman concisely tracks the course of consumer history from pre-industrial revolution subsistence to over production and mass consumerism. Research and real life stories, from Barbra Streisand to Mad Men, bring the statistics to life.

So where does all this wind up? Wallman argues (and don't forget he's a proven trend forecaster) that there is a safe place where 'considered consumerism' meets Experientialism. More than de-cluttering and down sizing this is about experience over possessions and about the Millennial obsession with social media fuelled status updates.

Is this a book for the affluent of middle England?  Perhaps, but to dismiss the book as middle class is short sighted. Read this book if you've ever faced the decision; new TV or holiday.

Worst. Person. Ever by Douglas Coupland 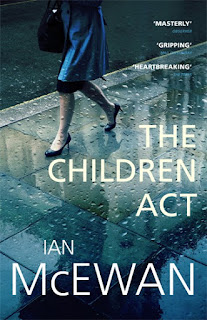 #am reading The Children Act

Where read: (in part) On a day trip by train to Folkestone

Fiona Maye is a leading High Court judge renowned for handling complex family law cases that call for empathy, strength and intelligence. In her professional life she is called to try an urgent case in which a 17 year old boy, Adam, refuses to accept a blood transfusion on religious grounds. Meanwhile she must deal with her own crisis at home.

Like On Chesil Beach, The Children Act, is a concise and punchy novel that hangs around one single dilemma. McKewan knows instinctively how to hang an entire story around a lone plot point which is why his short novels are as rich as longer epics.

The first part of the novel sees Fiona accepting the breakdown of her 37 year marriage. When her husband admits that he wants to have an affair she manages the news in lawyer mode - cool, impassive and outwardly apathetic.

As the story develops McKewan brilliantly pushes Fiona to a different place where neither the rules of the bar nor the violin can help. As she becomes more involved in Adam’s case she is forced to see herself in a new light. “She could have phoned one of three friends, but she could not bear to hear herself explain her situation and make it irreversibly real.” Adam, is at once the son and spouse.

The crux of this novel is the interplay between Fiona’s instinctive talent in trying family law cases and her own feelings of defeat as a woman. “Yes, her childlessness was a fugue in itself.....a flight from her proper destiny. Her failure to become a woman, as her mother understood the term.”  This makes the scenes with Adam so powerful.

Some of the themes in the novel are pure middle class “Above the rush-hour din it was her ideal self she heard, the pianist she could never become, performing faultlessly Bach’s second partita.” However, this is a literary landscape McKewan knows so well, he can be forgiven.

In the end this is a a hugely rewarding slice of contemporary fiction about a very human dilemma.

Fans of Ian McKewan and fans of British literary fiction.