#am reading Christopher and His Kind

Christopher and his Kind is a remarkably candid autobiography by writer Christopher Isherwood which covers the decade prior to the outbreak of the second World War. Isherwood brilliantly brings to life a World on the verge of extreme cultural change. As reader we are guided through a landscape populated by liberal intellectuals and sexual libertines along with characters we recognise including Virginia Wolf, WH Auden and EM Forster.

In a rare break from fiction I picked up a copy of this 1976 autobiography from Christopher Isherwood whose work I’ve enjoyed in literature (Mr Norris Changes Trains) in the theatre (Cabaret, adapted from The Berlin Stories) and on film (A Single Man).

“I am a camera”, declares Christopher early in the book which creates a narrative through this part of Isherwood’s life and puts in to context much of the events and characters that had earlier appeared in his fiction. What’s unique is the casting of ‘Christopher’ as third person narrator; is Isherwood fictionalising himself through his memoir?

Perhaps not if, according to Isherwood, he decided in this book to renounce he former self-censorship and write a more accurate portrayal of the life he, and presumably his fictional alter egos, led.

Berlin was the source of much of his most famous work and this book vividly brings the city to life . The book however, goes beyond Berlin and takes us to Denmark and even China - parts that were excluded from the TV adaptation of the book starring Matt Smith.

What does all this mean to a reader in post-Bohemian 2015? If nothing more this book demonstrates why Christopher Isherwood and his kind deserve profound credit for  trail-blazing stories of unconventional love and loss. Where would we be now without Christopher and his kind?

Anyone interested in looking behind the typewriter and understanding the life of a great 20th Century writer.

Worst Person Ever by Douglas Coupland 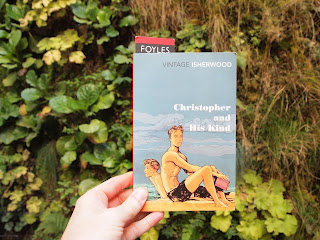 wordsshortlist.blogspot.co.uk
at July 26, 2015 No comments: Links to this post

#am reading The Bees

What's the story?
Flora 717 is a lower class subordinate worker devoted to a life of servitude and obedience to the system.  “Accept, Obey and Serve” is the constant daily mantra heard throughout the teeming colony. Unlike the rest of her kin, Flora 717 is identified and exploited by her mentor Sister Sage who sees Flora rise through the ranks until within reach of the Queen herself. This is a classic Cinderella story set, almost unbelievably, within a bee Hive.

This is a hugely original novel that weaves together fairy tale, fantasy and science fiction. Paull set for herself an enormous challenge writing an entire novel with only bees, and other insects, as characters. Furthermore, the story takes place almost completely within the microcosm of the hive.

Flora 717 is a strong female lead who challenges the system, takes risks and squeezes every drop of honey out of life like any classic literary heroine. From mother to warrior Flora leads the plot forward at break neck speed with drama at every turn. No surprise that this novel was shortlisted for the Baileys’ Women’s Prize for Fiction 2015.

Whilst the novel contains all the qualities of a fantasy adventure story the trouble is that the characters are almost impossible to empathise with. As a short story or novella this might not be an issue but over the course of a full novel it gets tiring. Undoubtedly a brilliant idea but one that gets too caught up it its own originality during the second half. Writers like Margaret Atwood use devices to make fantasy worlds feel more authentic and palpable.

Unique and original in setting but falls short in terms of real story telling.

Fans of science fiction or anyone interested in the Baileys' shortlisted titles this year (on the whole they're a great, see more here). 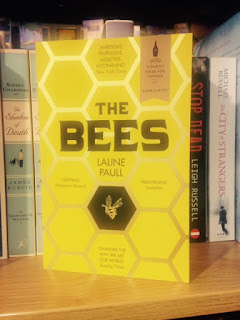 wordsshortlist.blogspot.co.uk
at July 19, 2015 No comments: Links to this post

A bookish photo tour of Marseille...


"... Marseille, a fact to be strongly smelt and tasted, lay broiling in the sun one day" Charles Dickens description of Marseille in the opening chapter of Little Dorrit (1857) 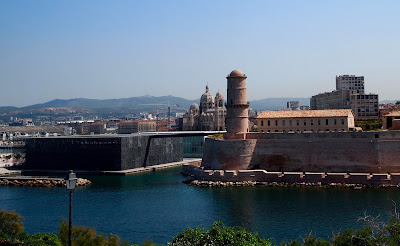 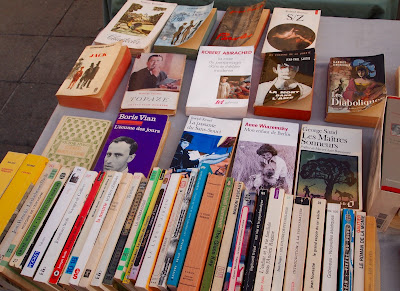 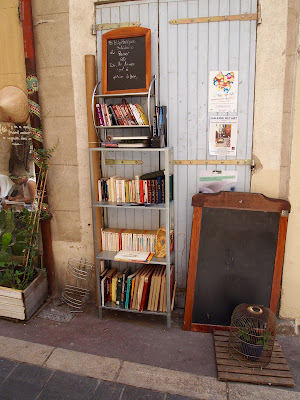 Promotion for the forthcoming 'Lire en short' Festival of Fiction 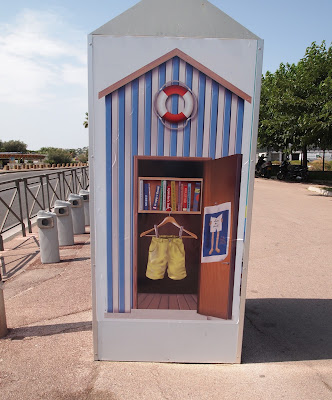 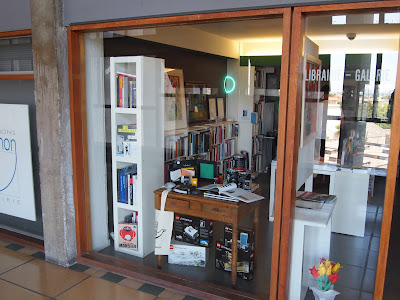 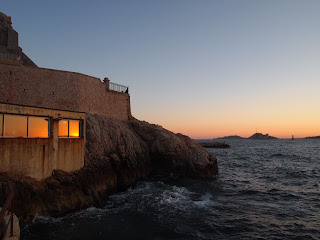 Love these guidebook/fiction mash ups created by SNCF and Le Monde. This one is La bas c'est Marseille by Jeremie Guez 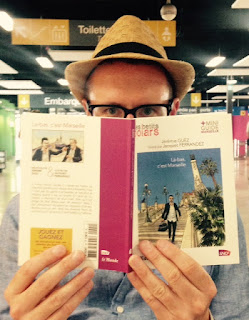 Colorless Tsukuru Tazaki and His Years of Pilgrimage

Now out in paperback, Murakami's latest novel may be a world away from the mega hit 1Q84 but don't ignore the apparent realism of this story, what lurks beneath are all the hallmarks of classic Murakami.

The central plot of this neat story is Tsukuru's search to understand why his four closest school friends suddenly, and without warning, give up all communication. Cue themes of rejection, loneliness and solitary reflection which run through so much Japanese fiction.

What's different here are the Murakami motifs which recur over and over; the soundtrack (in this case Liszt's 'Le Mal du Pays'), surreal dream sequences and characters with profoundly deep emotions. Note: You won't find any talking cats this time I'm afraid.

Nevertheless, reasons to love this novel are plenty, put simply this is the perfect blend of the mundane and the mystical, the everyday and the enigmatic. Murakami novels are inhabited by people consumed equally by the routine of domestic chores and the fantasy of the alternative.

Tsukuru Tazaki may not have the allure of 1Q84's Tengo or the charm of Kafka in Kafka on the Shore but seen alongside Norwegian Wood's Turu Watanabe you'll find the typical alienated male figure that makes Murakami's world so compelling. Tsukuru is like a blank canvas that readers must project themselves onto.

Complex relationships shed light on real grown up anxiety that's as much a global theme as a Japanese predilection. In the past Murakami has been celebrated for giving voice to a subcultural generation but now, selling as many copies as Harry Potter, the subculture has gone mainstream.

Look out for Finnair's Murakami themed itineraries in the Narita to Helsinki in flight magazine, coming soon! 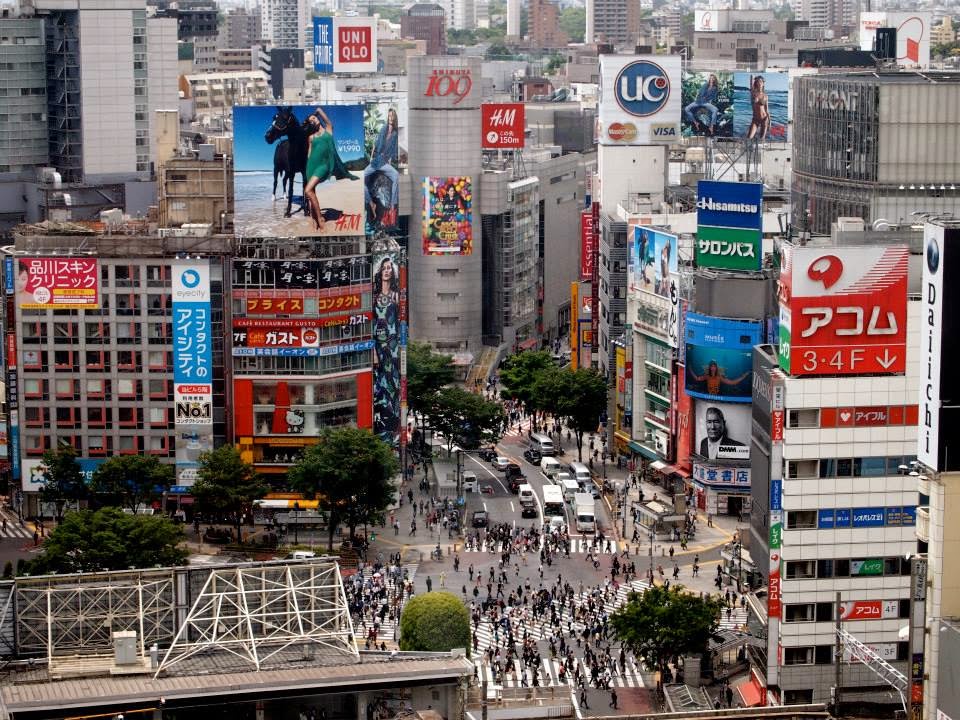 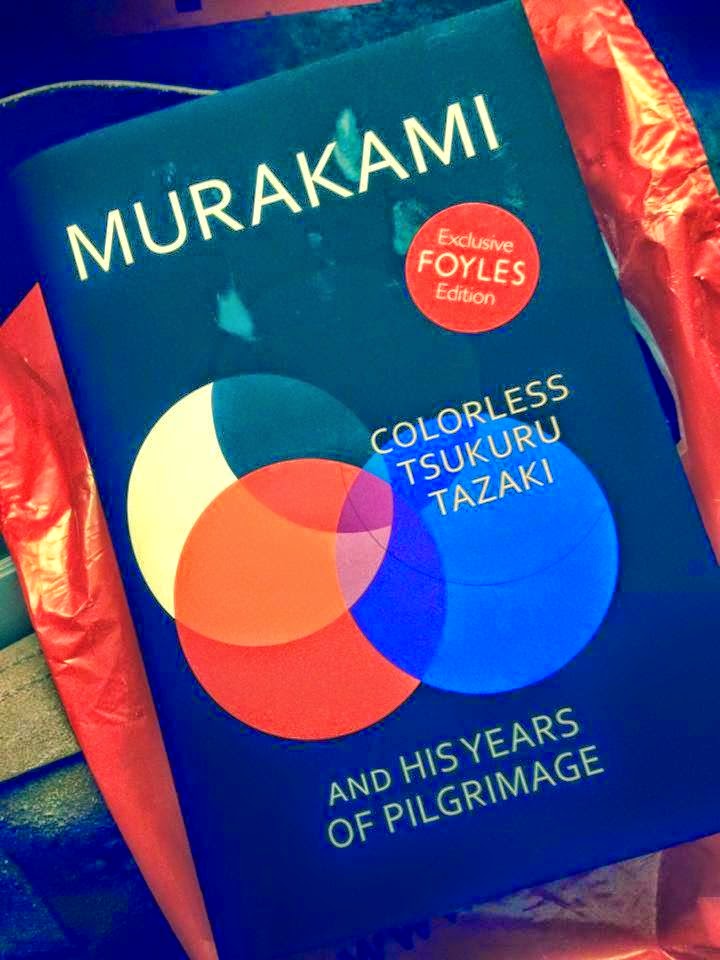 Now out in paperback! Make sure you pack in your hand luggage as you'll want to get started as soon as you arrive at the airport!
Joel Dicker’s novel is a slick literary crime thriller that brilliantly weaves together two story lines. The novel was so successful in French language markets that not only was it lauded with awards but can even claim to have knocked Fifty Shades off the best seller list!

Celebrated writer Harry Quebert is the only suspect in the murder, some 33 years earlier, of Nola Kellergan. There are echoes of Nobokov's Lolita in both the nature of the relationship between the two and the New England setting. Central to the plot, and the case against Quebert, is that the body of the 15 year old Nola is found buried in his own garden along with a manuscript copy of the novel he was to become famous for.

Marcus Goldman is Quebert’s protégé and a successful young novelist living in New York. Suffering from serious second novel writer’s block Goldman commits to travelling to New England to help clear his mentor’s name. Both characters are hugely self-absorbed and indulgent but the perfect ingredients for a crime fiction page turner!

The novel is fast paced with enough twists and turns to keep you reading to the end and finely plotted throughout. The story is packed full of insight into the writing process and the angst of living up to the expectation of being a critically successful literary genius. Whilst this might border on pretentious in places it certainly makes a great read for bibliophiles.