Find Me by Andre Aciman 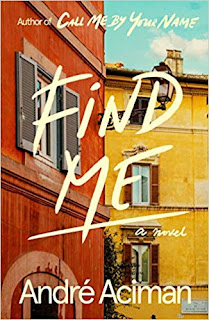 The anticipation around Andre Aciman’s follow up his 1995 novel Call Me By Your Name was palpable from the moment the work was announced. Not only did the film adaptation fuel demand for more from Elio and Oliver but the excitement around the possible film sequel sent fans into a frenzy. With the hard-back book now published the question is whether all the hype is worth it? In Find Me Aciman tales us back into the cultured and acedemic world he first created in the original novel but the first chapters pick up the story with Elio’s father at the centre. On a train journey he meets and, almost unfeasibly, falls in love with an enigmatic woman on the seat opposite. Admittedly this is literary fiction but there is something unrewarding about a couple meeting in such a way. Its almost lazy.

Later in the novel we catch up with Elio who is working as a classical musician in Paris. He is lost and reflective about the relationships of this past, most notably with Oliver, but nevertheless he meets and falls in love with an older man who he meets at a concert. Again, a leap in imagination is required to accept this relationship for what it is. Given the tenderness and longing Aciman created in Call Me By Your Name we know he can write beguiling prose but in Find Me such passages are few and far between.

It takes until the novel’s final chapter for Elio and Oliver to meet up in scenes which are finally reminiscent of the original novel and the subsequent film. The trouble is that it’s barely worth the wait. Is ‘Find Me’ a bad novel? Perhaps not but it does suffer from over selling by the publishers who are so desperate to give audiences what they want.
Let’s hope the film adaption, which will certainly need a more developed screen play, doesn’t suffer the same fate. 2 star

Find Me by Andre Aciman published by Faber and Faber 256 pages
at December 17, 2019 No comments: Links to this post